There once was a woman who carried a piece of her dead daughter everywhere she went. She wrapped her in silky white feathers and plush pink petals, tucked lovingly, into the empty space in her heart.

It was never a perfect fit.

Almost every day, she fought the urge to take her daughter out, slowly and carefully unwrapping the layers and breathing her in. There was something hypnotic about the ritual and almost compulsively, she repeated it, knowing that the gaping space in her heart would leave her breathless and teary.

But for the chance to feel her daughter’s presence, she was willing to tolerate the tightness in her chest, the blotchiness around her eyes.

Every once in a while, she tried letting her out when other people were around. She felt a quiet pride as she slowly unwrapped her daughter and a confidence that of-course-everyone-will-see-how-beautiful-she-is.

But it never lasted long.

She worried that someone might misunderstand and think there was something common or replaceable about her daughter. She couldn’t tolerate that idea, not even for a moment. So back into the pink-and-white cocoon-y softness the girl would go, and into the woman’s heart.

It was never a perfect fit.

She had known her husband for almost two years before she let him see her daughter. She had wanted him to love the girl and be awestruck at her beauty. But he didn’t think she was beautiful, and the woman hurriedly rewrapped her daughter, put her back in her heart, and never spoke of her again to her husband. He realized he had done something wrong, and told the woman that maybe he made a mistake, maybe he was wrong, maybe the girl was very beautiful after all.

But it was too late. The woman couldn’t tolerate a mistake like that.

Her boys had small glimpses of their sister from the time they were young. They were mostly curious about this older sister who died before they were born. As they got older, the woman let her sons look at the girl more closely, hoping they would find her beautiful. And they did, the woman was sure because she had overheard them say to friends, “My sister is beautiful.” They had a hard time telling the woman though.

The woman’s daughter had another sister, someone not related to the woman. She thought her sister was beautiful, and didn’t mind when the woman unwrapped her. Sometimes she would say, “Tell me my sister’s story.” The woman loved it when someone asked about her daughter, but she wished the girl had a happier story. She wished there was some pleasant, or funny, or inspiring part of her daughter’s story.

Sometimes the woman would meet with other women whose children had died, and they would all reach into their hearts, and take out the daughters and sons they loved so much. Some were wrapped in beautiful jeweled boxes or tiny, embroidered pillows. Other children were wrapped in anger and pain, with jagged edges. The woman remembered so clearly when her daughter was wrapped like that, in an ugly mess of bitterness and secrets. She was glad the girl had different wrapping now. The women made a fuss over all the children, calling them perfect and precious.

They could say their names a thousand times if they wanted, no one would stop them. No one would say, “Could you put that dead child away please? She’s getting on my last nerve.”

Sometimes the women talked about unwrapping their children in front of others. Usually it didn’t work out well. Some women told tales of friends who never returned phone calls, and relatives who stopped inviting. Others who were “doing so well” could not get over the feeling they were living a lie, carrying a smile which could be unwrapped much more easily than a dead child.

Throughout the woman’s life, she sought meaning from this terrible death. It seemed impossible for something that felt so important, to be, in truth— meaningless. She tried to be content with accepting both. But that slight discomfort, that hint of emptiness were a part of who she was, as basic as the color of her eyes, the size of her feet.

The day the woman died, she lay in her bed, surrounded by the people who loved her.

Just beyond her youngest son, she saw her daughter with her hand open, palm up. The woman reached into her heart one last time, and removed the part of her daughter she had been carrying for so many years.

The girl took back what was hers and smiling, removed something from her own pocket, pressing it towards the woman’s chest.

It was a perfect fit.

For many years, the woman’s family would tell the story of her death, and marvel at the way her very last breath seemed so full and so complete.

SUSI COSTELLO is the mother of four adult sons, and one daughter who died shortly after she was born, 49 years ago. She is a psychiatric nurse and yoga teacher who works with people who have experienced severe trauma. Susi loves beading, ballet, and her one-year-old grandson. Find her at Tigerlily’s Treasures, where she makes beautiful bracelets in honor of her daughter. 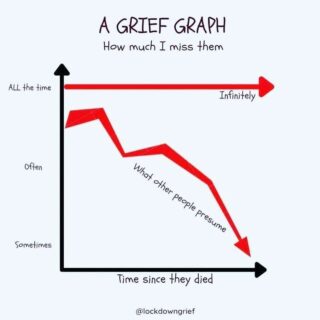 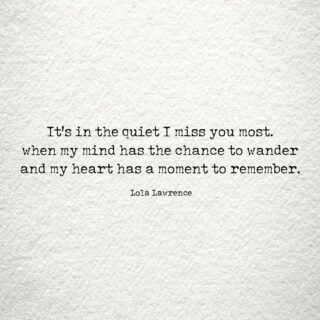 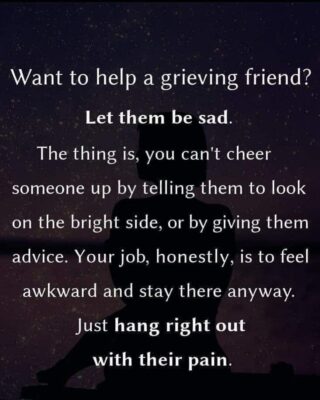 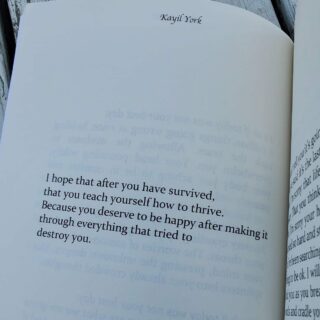 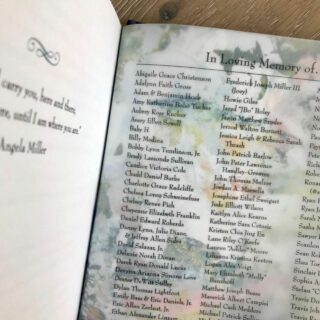 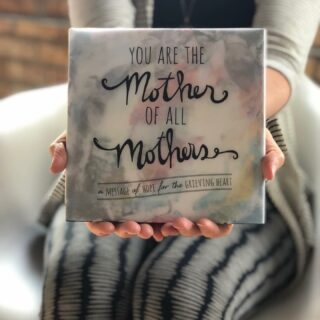 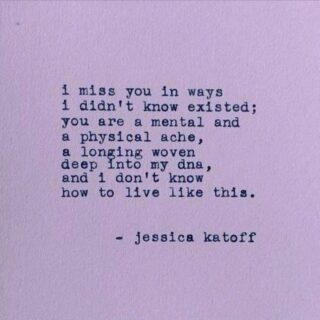 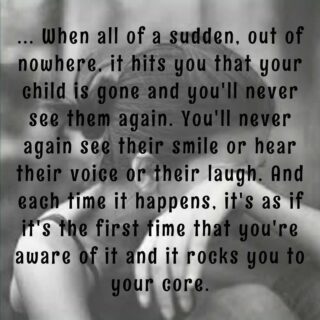 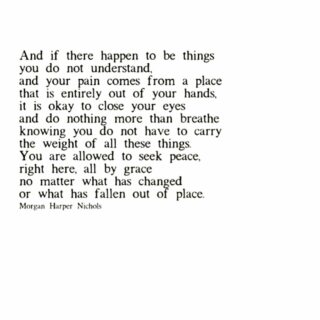 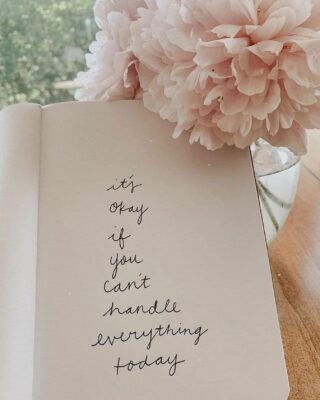 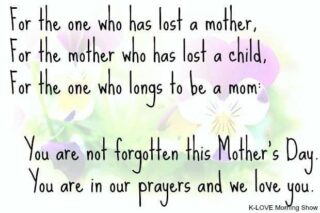 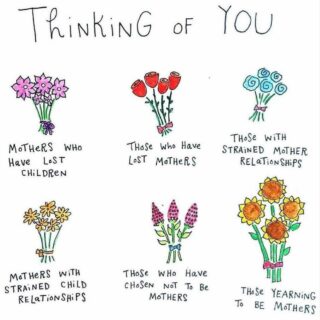 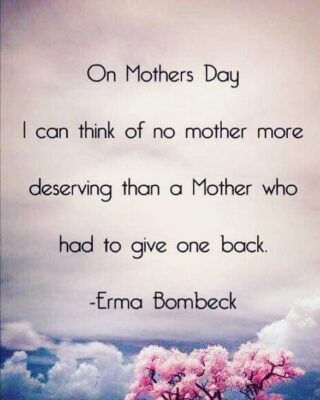 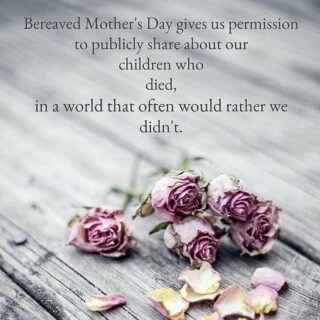 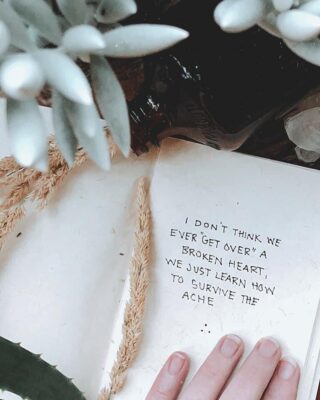 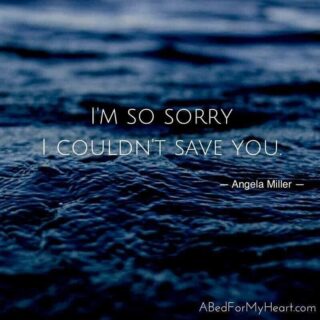 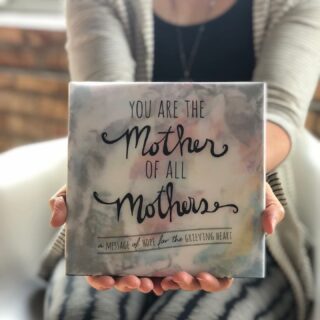 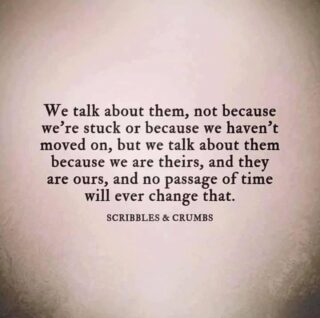